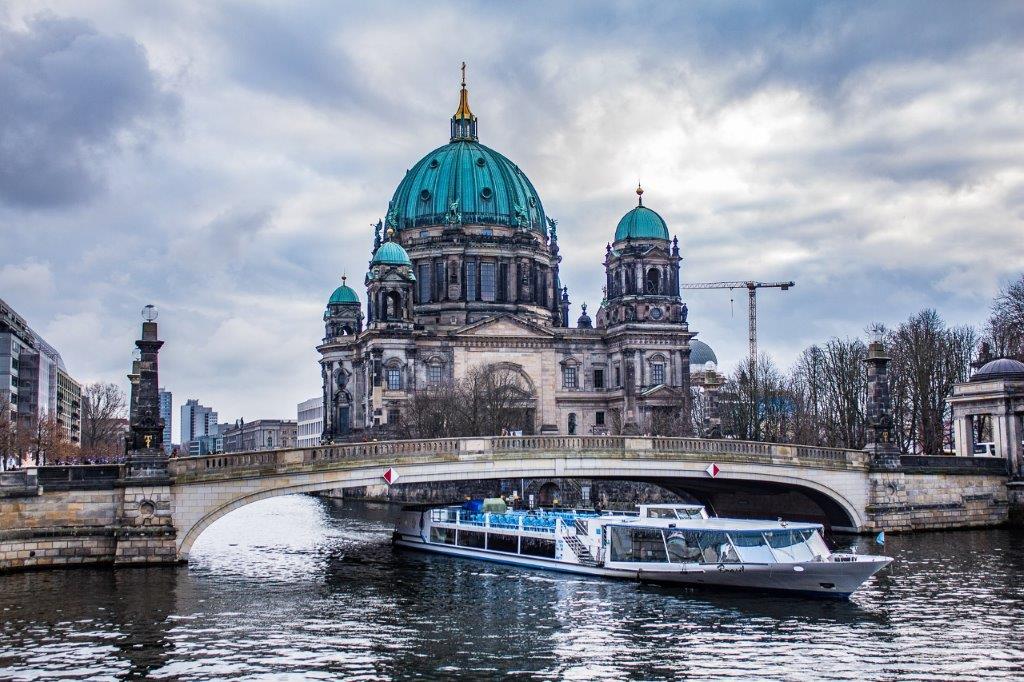 Berlin is the capital of Germany and is one of the 30 most visited cities in the world. The city is known for its special history. During the war the city was heavily destroyed and then slowly rebuilt. Until 1989, the Berlin Wall divided the city into East and West Berlin. In Berlin you can find various sights related to the war and the separation between East and West. Think of the Holocaust Monument, the Fernsehturm, the East Side Gallery and Checkpoint Charlie. The German capital is also rich in other sights, such as the Museuminsel, Reichstag and the Brandenburg Gate.

Besides the sights, Berlin has a nice atmosphere. The city is perfect for shopping, good food and relaxing in one of the parks. The nightlife of Berlin is famous and infamous.

1. Berlin: characteristics of the city

Do you want to go on a city trip to Berlin for a day, weekend or week? The characteristics of the capital of Germany can be found in the table below. What is there to do in Berlin? In this article we have listed the most famous and popular sights of Berlin for you.

The Reichstag (Reichstag) is an impressive building by the German architect Paul Wallot. It was built around 1890 and has been the seat of the German parliament since 1999. The special architecture with futuristic glass dome makes the Reichstag a special tourist attraction. On clear days you can see the Reichstag all over Berlin.

The Reichstag is open to visitors. However, it is wise to register for a visit online. This can be done a few weeks in advance via the site of the Bundestag. You will not enter without confirmation and proof of identification. For example, during your visit you can visit the plenary hall with its huge federal eagle and walk around in the glass dome with a diameter of no less than 38 metres. 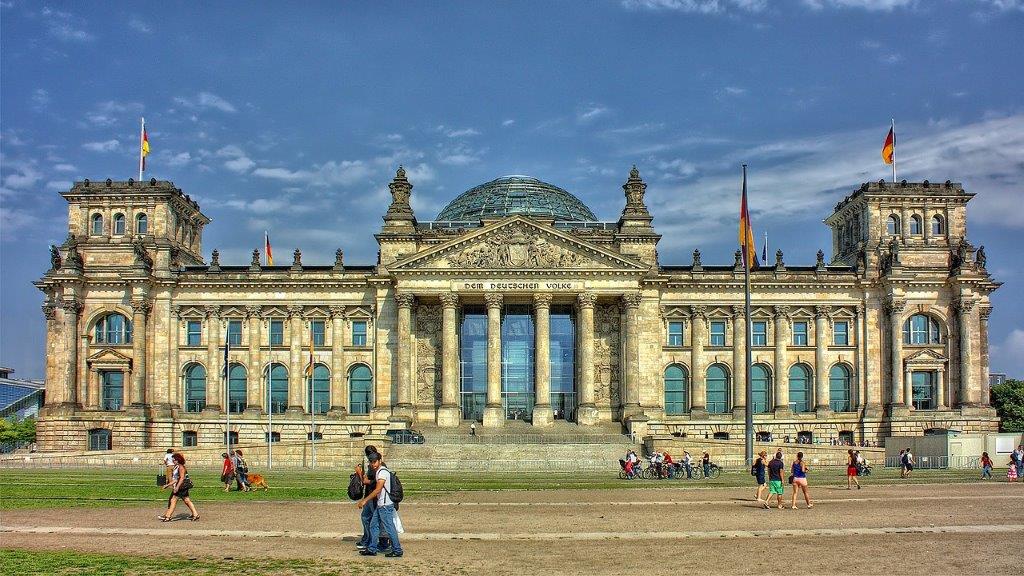 The Brandenburg Gate is one of the most famous sights of Berlin. The monument used to be the main gateway to the German capital. The impressive city gate is located on the boulevard Unter den Linden. It symbolizes the reunification of Germany after the fall of the Berlin Wall in 1989. 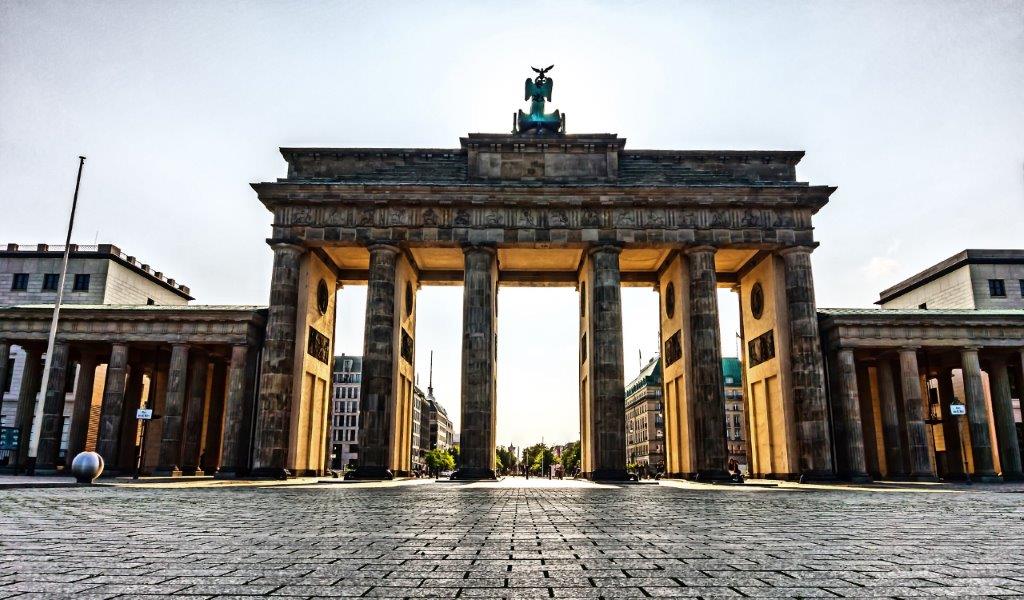 Holocaust Monument you will find an information centre. Here you can learn more about the persecution of Jews in Europe. There are regular lectures and temporary exhibitions. 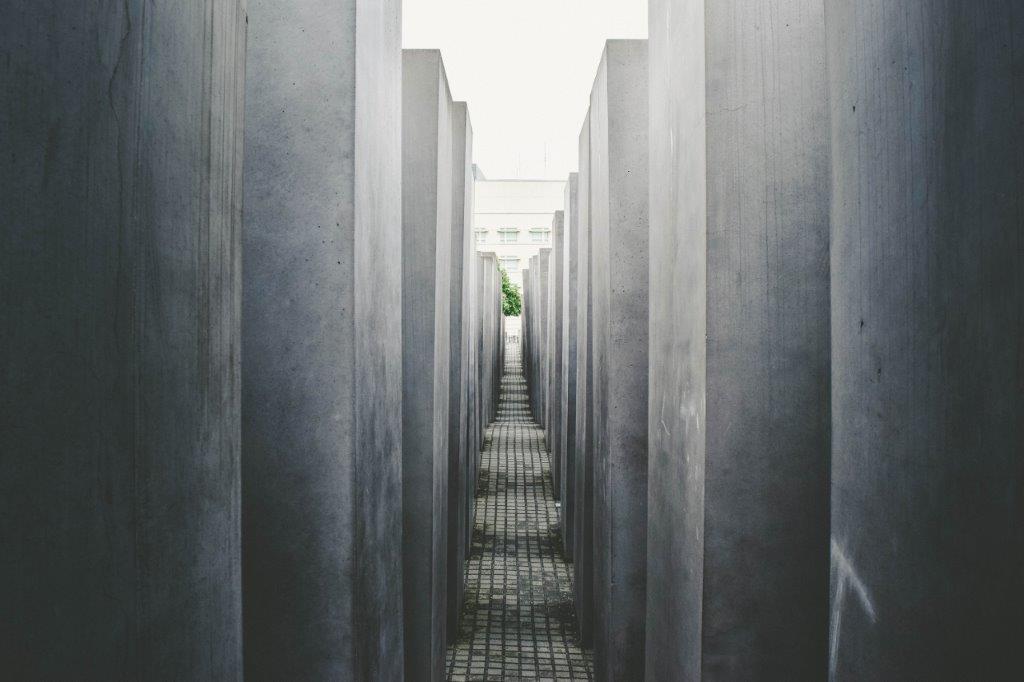 The Berliner Dom is an imposing church in the centre of Berlin. Stately, completely symmetrical and finished with numerous ornate details. Also inside the church is worth a visit. Among other things, take a look at the impressive historic organ and the royal crypt. Climb the stairs and enjoy the view over the city centre of Berlin. The Berliner Dom is in use as a church, museum and concert venue. Berlin hosts an annual light festival. During this event, several buildings in the city are illuminated in a special way, including the Berliner Dom.

The Gedächtniskirche was built around 1890 in memory of Emperor Wilhelm I. The church was severely damaged during the Second World War. Only the tower remained intact. The tower of the church has always been preserved and new buildings were erected around it after the war. The Gedächtniskirche is one of the many sights in Berlin that recall the devastation during the war. 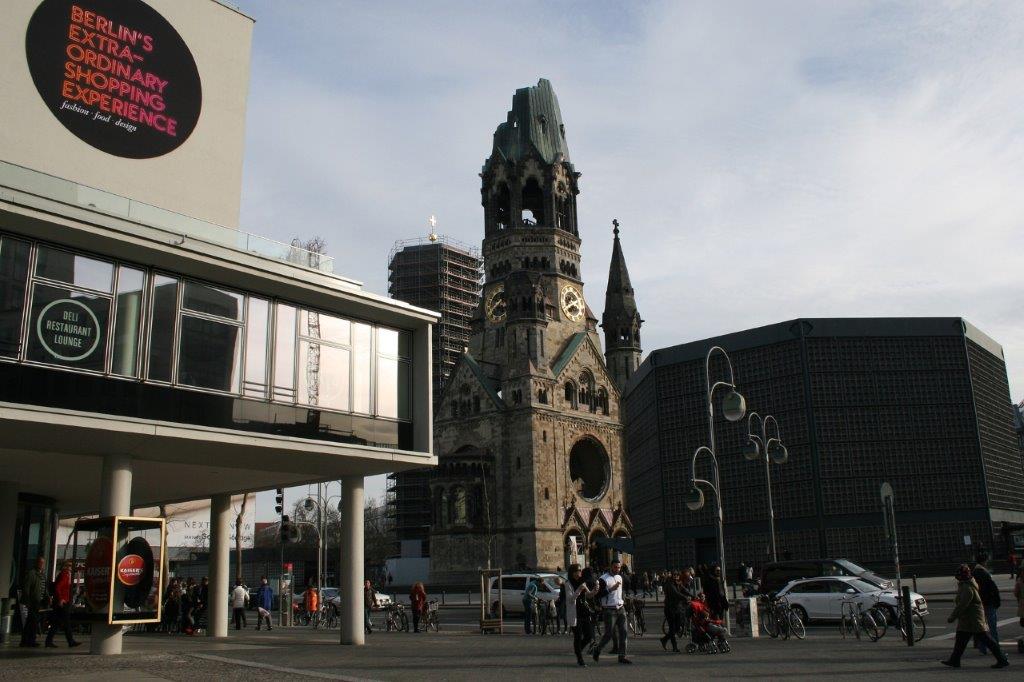 Slot Charlottenburg is a large castle in the German capital. The castle is one of the most popular sights of Berlin. It was built at the end of the 17th century as a summer residence for Sophie-Charlotte, the wife of King Frederick I. After devastation during the Second World War, the castle has been thoroughly restored. The castle is open to the public and there are regular guided tours. The park around Slot Charlottenburg is also worth a visit. 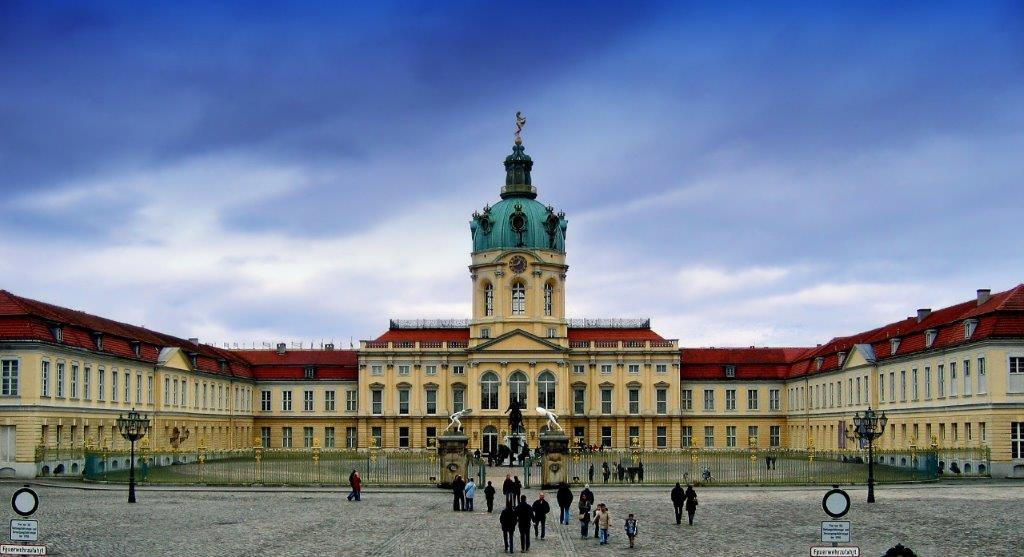 5. An important landmark of Berlin: the Fernsehturm

The Fernsehturm is the 365 meter high television tower of Berlin. Originally it was a television tower of the GDR. The tower is the tallest structure in Germany and is a popular viewing point. From the large sphere with glass windows you can overlook the whole of Berlin and its surroundings. In that sphere there is also a restaurant where you can enjoy good food. You can visit the Fernsehturm daily. In the concrete mast there are elevators that take you upstairs in no time. You can buy tickets on the spot. On busy days you may not be allowed to go directly upstairs. To prevent this, you can also buy a ticket online before you go on a city trip to Berlin. 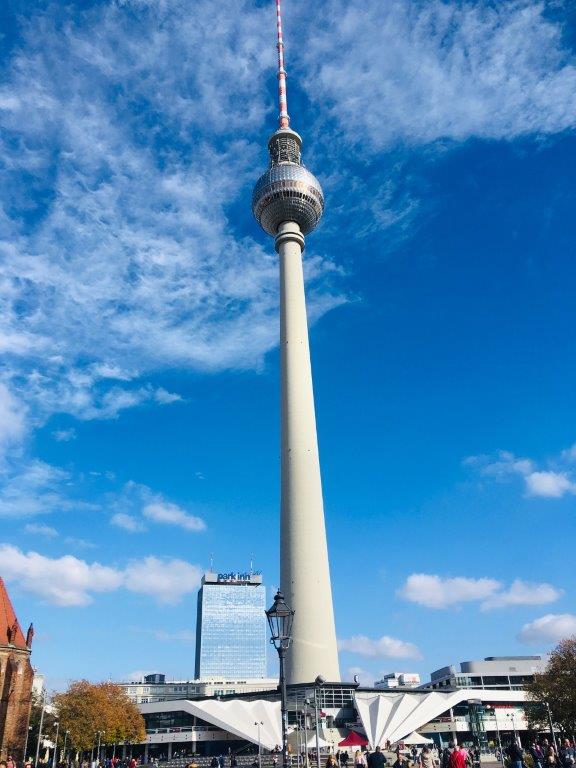 The Berlin Wall was built in 1961 and had a total length of 160 kilometres. The wall formed the separation between East and West Berlin. West Berlin thus became an enclave within the GDR. It is estimated that some 5,000 people fled from East to West Berlin. Nearly 200 of them were murdered by German border guards during their escape attempt.

The Potsdamer Platz is one of the best known and busiest squares in Berlin. The square has a special history. Before the Second World War Potsdamer Platz was the most important business centre of Berlin. During the war, the Berlin Wall ran right across the square. Today Potsdamer Platz is an important traffic junction surrounded by modern high-rise buildings. Remnants of the wall can still be found on the square. You can also find remains of the Berlin Wall on Bernauer Straße, in the Mauerpark, at Checkpoint Charlie and in the documentation centre Topographie des Terrors.

Checkpoint Charlie is a former border crossing post in the Friedrichstraße. The post stood exactly on the transition between the American and Russian part of Berlin. For a long time it was the only passage if you wanted to go from West to East Berlin by car or bus. The original post was destroyed. The replica is a big attraction of Berlin. 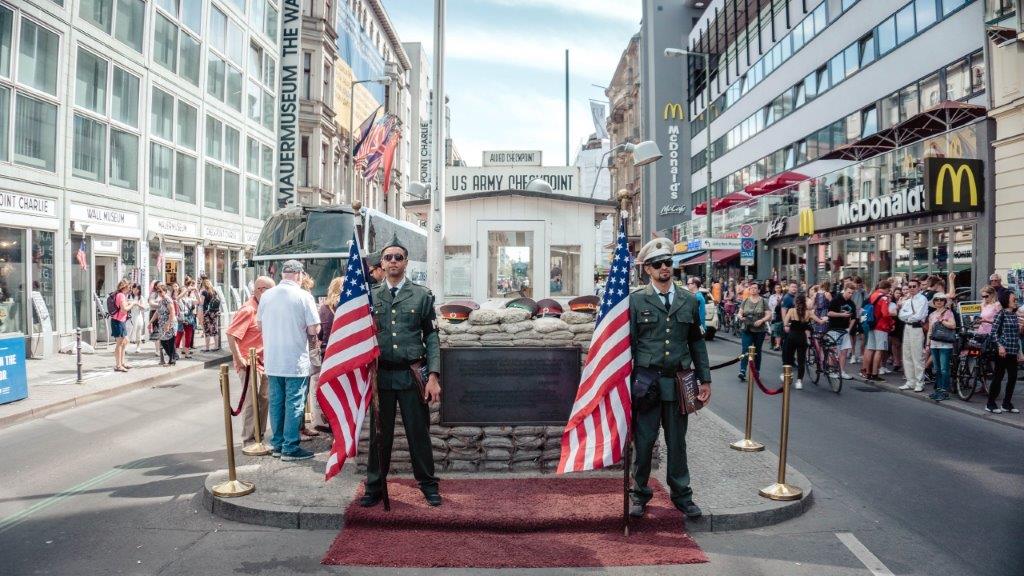 The remains on Bernauer Straße provide the most realistic picture of the Berlin Wall. Here the wall has largely remained in its original state. A rather long part of the Berlin Wall is the East Side Gallery. After the fall of the Berlin Wall, several artists were invited to decorate the wall in the theme of freedom. This led to the longest public work of art in the world with paintings and graffiti by more than 100 different artists. A must-see during a city trip to Berlin. 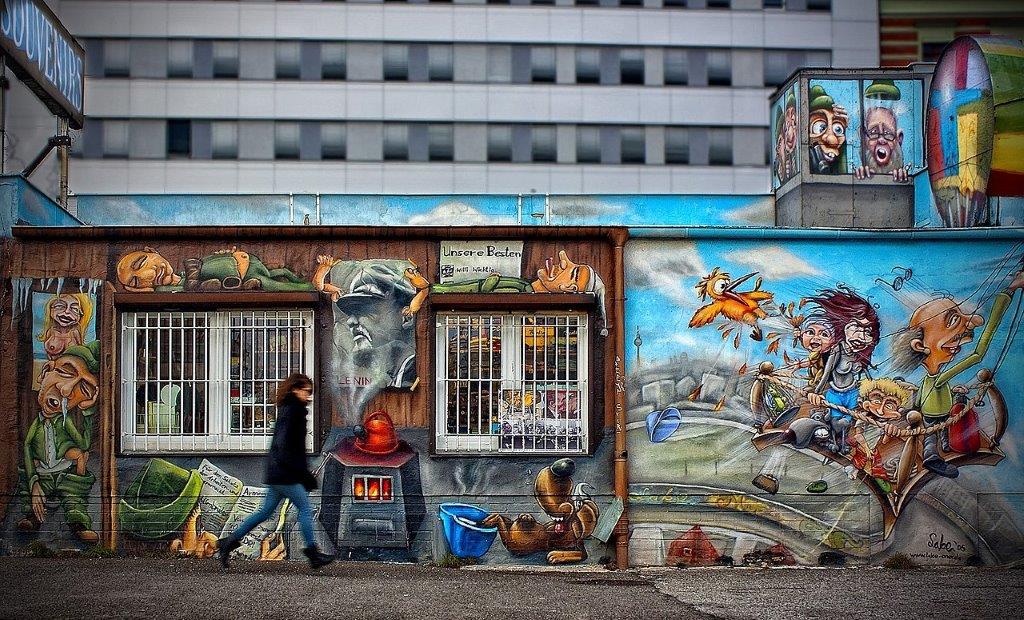 7. One of the most special sights in Berlin: Museumsinsel

In the centre of Berlin, on the river Spree, lies the Museumsinsel (museum island). Here you will find the most beautiful museums of Berlin. Popular museums on the island are: Altes Museum, Bode Museum, Alte Nationalgalerie, Pergamon Museum and the Neues Museum. The Berliner Dom is also located on the island. The Museumsinsel is listed as a UNESCO World Heritage Site because of its unique location and beautiful buildings.

In Berlin you will find a number of beautiful parks for walking, cycling, running, skating or picnicking. During your city trip to Berlin you can enjoy excellent recreation in, for example, the Großer Tiergarten, the Mauerpark, Tempelhofer Feld or the Botanischer Garten. The Großer Tiergarten is the largest park in Berlin and is located in the city centre. It used to be a royal hunting ground and has been a city park with various catering establishments since the end of the 17th century. The park is also home to the famous Berlin Zoo: Zoologischer Garten Berlin.

In Großer Tiergarten you will find beautiful paths through the greenery, but also interesting sights. Think of the golden statue of the Siegessäule and the exhibition centre Haus der Kulturen der Welt. 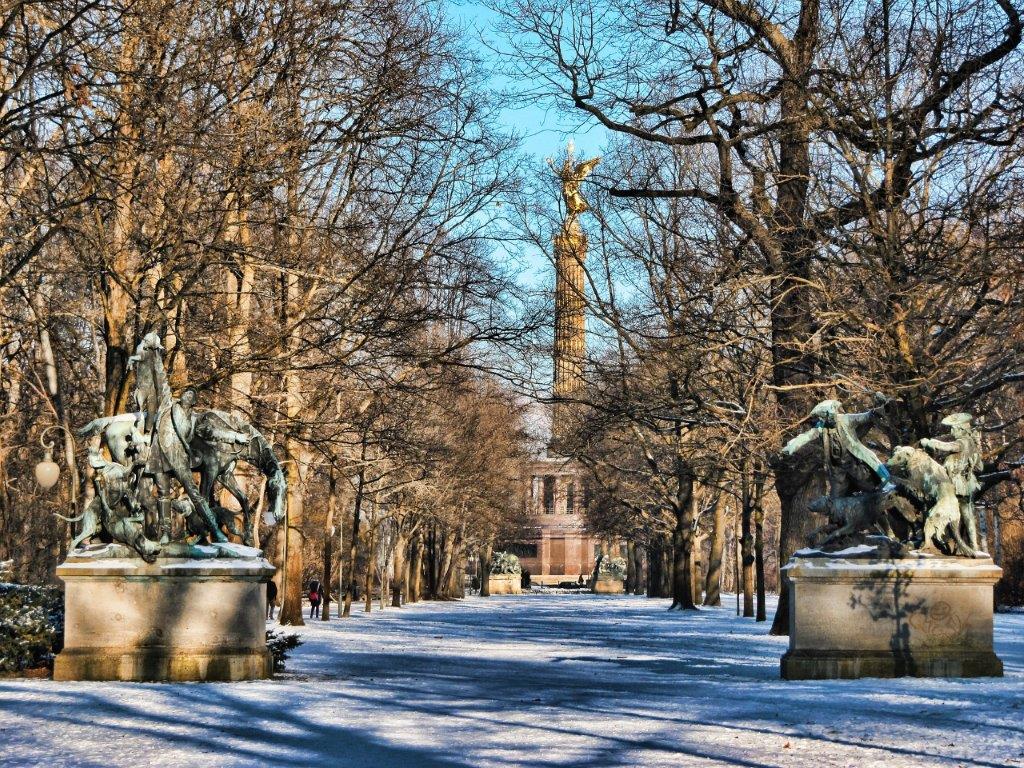 An other well-known recreational hotspot in Berlin is the Mauerpark in the Prenzlauer Berg district. The park was created after the fall of the Berlin Wall. Some famous events in the Mauerpark are the flea market, the karaoke and the Sunday festivals. The atmosphere in the park is exuberant and cozy, especially on sunny days and Sundays.

The Botanischer Garten is one of the oldest parks in Berlin. Here you'll find special gardens and rare plants. Well-known parts of the park include the must garden, the large pond with water plants, the greenhouses with tropical and subtropical plants and the arboretum with trees and shrubs. In the Botanical Museum you can learn more about the plant world.

What else is there to do in Berlin? Besides special sights, Berlin has a lot more to offer. It's an attractive and cosy city where you can do extensive shopping and enjoy good food. In addition, the nightlife of Berlin is a true concept.

During a city trip to Berlin you can do some excellent shopping. Famous hotspots for shoppers are the Alexa Shopping Centre, the Mall of Berlin, the East Side Mall, De Hackescher Hofe, Friedrichstrasse, Berlin Boulevard and the department store Kurfürstendamm (KaDeWe). 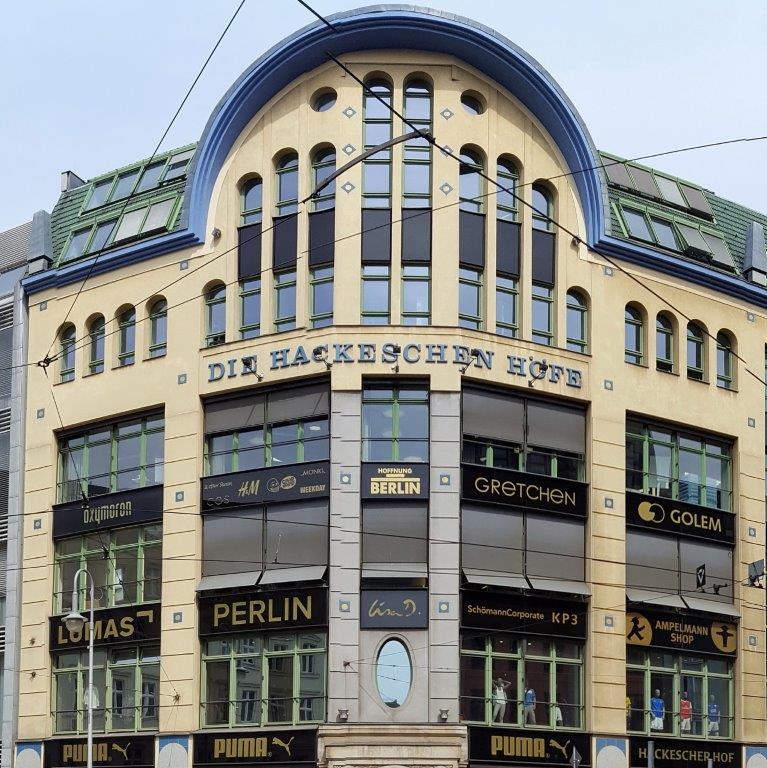 Markthalle Neun is a well-known historic market hall in Berlin. Nowadays you can visit the popular weekly market here. There are also regular events. Historic, lively and a must-see if you're in Berlin for more than a day. Berlin has all kinds of restaurants. From simple tents where you can eat curry sausage to luxurious restaurants with international cuisine. There's something for every budget. In the parks you will find several places where you can barbecue outside during the summer.

Berlin's beer gardens are also well known among locals and tourists alike. The Berliner Prater Garten is the city's old and most beautiful beer garden. Prefer some hipper? Then grab a beer at Krunkerkranich on top of a parking garage. If you like going out, Berlin is the place to be. For example, you can catch a movie during your city trip to Berlin at the Astor Film Lounge. A luxurious and atmospheric cinema with adjustable leather seats and controls.

In the city there are also a large number of bars and discotheques. The Berghain is the most famous club in Berlin. This club is located in an old industrial warehouse and an attraction for fans of techno music. The queues are often very long and you don't always get in.

10. Overnight stays in Berlin: from simple hostel to luxury hotel

There are several accommodations where you can stay in Berlin. If you want to be cheap, you can choose a hostel or a simple hotel in Berlin. Can it be nice and chic? Then it's also possible to choose a luxury hotel with multiple stars. For example, a 5 star luxury hotel in the centre of Berlin is Arabel Design Apartments. A campsite outside the city is also an option during the summer months. Or spend the night in a cosy bed & breakfast. Accommodation is available for every budget.

11. How to get to the capital of Germany?

On a city trip to Berlin? For a city trip of a day or long weekend in Berlin, the airplane is the preferred means of transport. From several Dutch airports you fly in just over an hour to the capital of Germany. The two major airports near Berlin are Berlin Schönefeld and Berlin Tegel. From both airports you will be in the center of Berlin in about half an hour to start your city trip.

You can also take the train or car to Berlin. The distance from Utrecht to Berlin is about 640 kilometres. Once in Berlin you can get around by bus, tram, train, bike, metro, taxi or on foot. 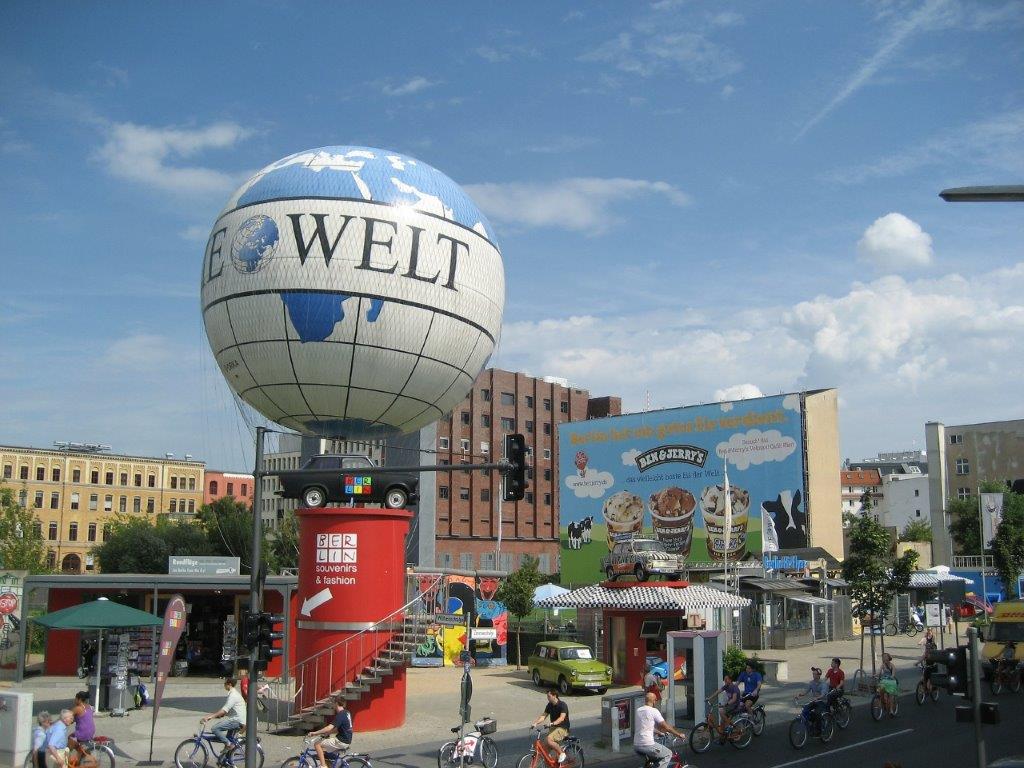 Below we share with you some tips and tricks for a city trip to Berlin.

Discover the special history of the German capital, visit the various sights, enjoy Berlin cuisine, shop in the many shops and experience Berlin's famous nightlife. Berlin is an ideal destination for city trips for a day, a long weekend or a full week.